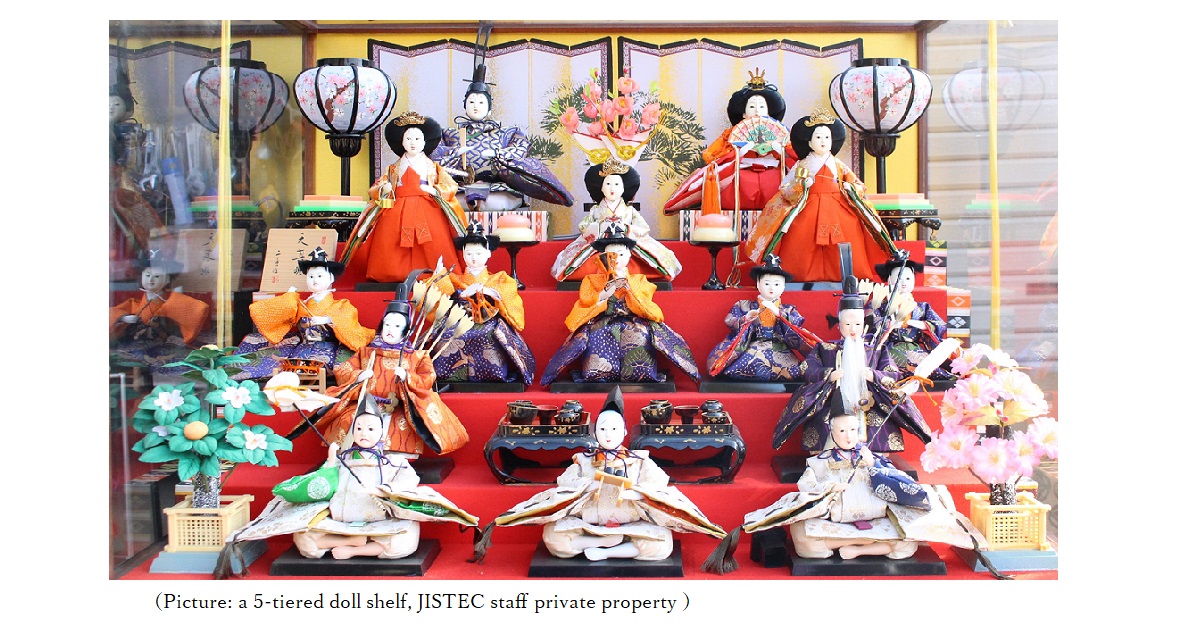 March 3rd is a day to celebrate having daughters for families in Japan. Parents took out Hina dolls after Setsbun (last day of winter) and display them on a stepped shelf. In this way, they express the wish for their daughter’s good health and growth with happiness.

The dolls are exquisitely made, dressed in gorgeous Kimono which used to be worn by women in ancient Heian court. In the case of a 7-tiered doll shelf, Hina (Empress) and Dairi (Emperor) sit on the top shelf, followed by Sannin-kanjo (Three court ladies), Gonin-bayashi (Five court musicians), Sadaijin and Udaijin (Minister on left, minister on right), Sannin Jougo (Three servants). Diamond-shaped rice cakes, sweets and white sake are also displayed in between the dolls, indicates prosperity.

Interesting thing is, there is a superstitious belief that if do not put them down timely, daughters will be married late. As for when to do so, normally is no later than 21 of March, or 5th of April in cold areas.

If you have chance to see the dolls in person, take a close look at the three court ladies and you might notice something unusual. Their faces are not identical! The one in the middle, having no eyebrows and her teeth look black. Surely it is not a defective product…all these features just indicate she was a married woman——yes, in Heian period, women were obliged to shave their eyebrows off, and dye their teeth black to show the already-married status. Hardly believe from modern aesthetic appreciation!