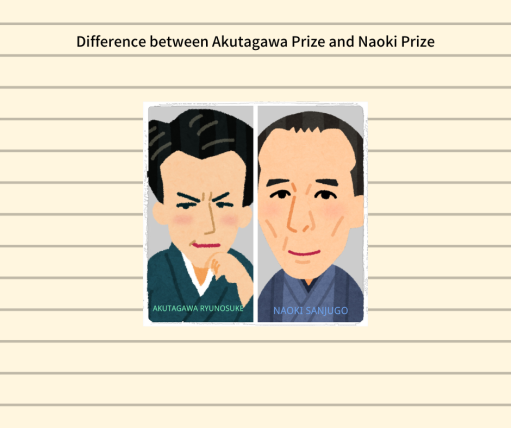 The Akutagawa Prize, short for Akutagawa Ryunosuke Prize, together with Naoki Prize, short for Naoki Sanjugo Prize, are the best-known ones among major Japanese literary prizes. Many of us are not aware the difference between two of them. Both prizes were founded by Kan Kikuchi, who was the founder of Bungei Shunju(文芸春秋) magazine, in the same year of 1935. Both of them named after the most prominent writer in Japanese literature history. Ryunosuke Akutagawa (1892-1927) was one of Japan’s leading pure literature writers. Naoki Sanjuugo (1891-1934) was a Japanese novelist, screenwriter, and film director. He specializes in popular fiction.

The difference between the two awards: